If you have been using Google Tag Manager, you know it’s a great tool to implement all your tracking tags and code snippets in one centralized container.

It also has many of the most common tags like Google Analytics, Adwords, Doubleclick & Floodlight built in to the system, allowing you to fill out the relevant details in the GTM interface avoiding having to type the code manually, or experience errors due to copying and pasting.

For first time users, the old interface was still a bit of a learning curve, and implementing the tags and rules correctly could get a little tricky. Because of this, Google re worked the interface to make the setup process flow more logically.

Around October 15, 2014 Google released a new version of the interface to make it simpler to add tags and setup rules and macros. We will go over the new workflow below.

But I already have Google Tag Manager setup. Why should I care?

Because on June 1, 2015, all old GTM V1 accounts will be migrated and you will be forced to use the new interface. This new version has quite a different look and feel, and you will need to understand the new workflow.

The old interface will still be available at google.com/tagmanager until June 1, 2015.

After that you access the new interface at: tagmanager.google.com.

The layout has been updated to be more in line with Google Analytics, making it more intuitive with Accounts, Containers, Versions and the Admin grouped together as the main navigation menus. It is also much easier to see what version of the container you are now editing and which is currently live on the site.

Better Names, and a New Workflow

In order for a tracking tag to execute (or Fire) it needed a Rule attached to it, so it knew which pages to fire on. This was usually a combination of URL, and then filtering it down so it only fired after an action like a click or form submit. One of the traps with this is you could forget to set a rule for a tag and then nothing would happen.

You now start with a Trigger event like a page view, click or form submission and then add filters to narrow down which page it fires on. This is more logical, but may take some getting used to for those that setup rules the old way.

No need to Listen anymore

This new workflow change to Triggers means you no longer have to set up Auto-Event Listener Tags.

In the old GTM V1, if you wanted to fire a tag when someone clicked a link, you had to setup a Link Click Listener tag. This would listen for any clicks on the page and then if anyone clicked on a link it would fire the gtm.linkClick event. You would then use gtm.linkClick in one of your rules to fire another tag to register the event.

With Triggers in GTM V2, you no longer need to setup these listener tags because GTM inserts the listener code for you automatically based on the type of trigger you setup. E.g. Click, Form, Timer etc

This name change better describes the purpose of the feature. Variables are a placeholder for information that can be used by each of the tags. E.g. You can create a Variable called {{gaProperty}} that holds the Google Analytics Tracking ID, making changes in future much easier to manage.

Built in Variables are better laid out, and you have the ability to hide the ones you don’t use.
It also keeps them separate from any custom variables you have created.

If you are an agency wanting to do programmatic changes, there is an API that allows you to build your own tools to change accounts, containers, permissions, variables, tags.

If you haven’t had a look at the new interface already, invest a little bit of time having a look and setup some tags using the new Trigger workflow. It’s good to be prepared, because after June 1, 2015 the new interface is all you will have. 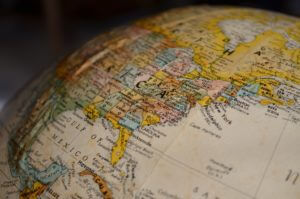 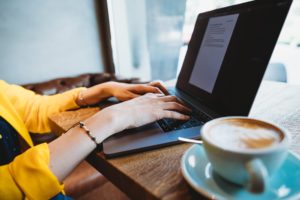